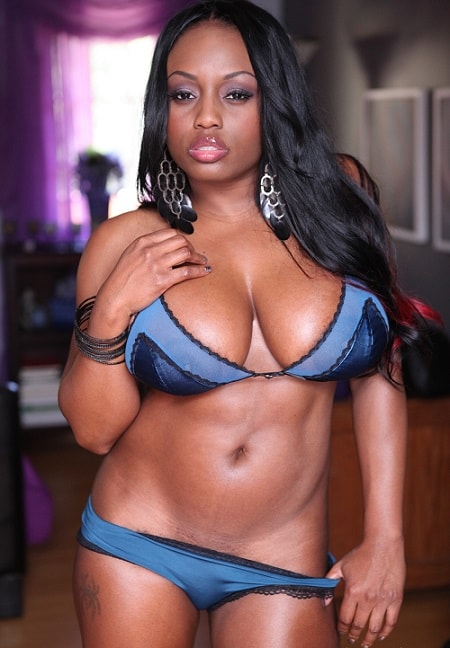 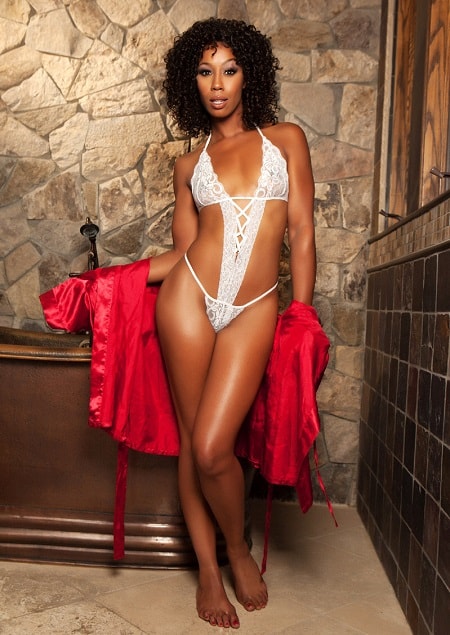 Unlike Jada, Misty is still at the peak of her career, showing no signs of stopping. And with such a hot body, we hope that she’ll never stop pleasing us with her works. Fans would do anything just to have a chance to touch her beautiful, soft skin. And even though her boobs aren’t as big as you’d expect from an ebony star, they still look sexy. Misty is as natural as a porn actress can be – her body isn’t covered with any piercings or tattoos. During the first couple of years of her career, Misty had a few other pseudonyms, like Jenny Stone. 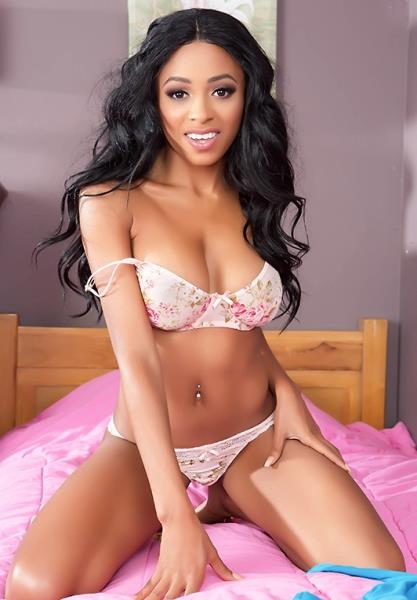 In addition to everything, Anya said about herself: “I love art, I like drawing, singing, dancing. I’m an actress from childhood, and I’m very adventurous. I like traveling and learning something new.”

In the future, Anya Ivy would like to shoot in the scene “at an altitude of 30,000 feet above the ground in an airplane!”

This little brown-skinned Californian goddess of love has an incredibly hot body: long, strong legs with sexy thighs, wide hips, and a thin waist, a perfect ass, natural boobs with delightful, dark nipples you want to kiss and bite all night long. But the most beautiful part of Leilani’s body is, of course, her expressive, pretty face with plump black lips that love cocks. This girl looks at you with a bit of arrogance and affection at the same time, making you fall in love with her bottomless eyes instantly and forever! No wonder why our hot ebony star has so many admirers. By the way, she’s always happy to chat with her fans online. The actress is always a little coquettish with her loving fans. 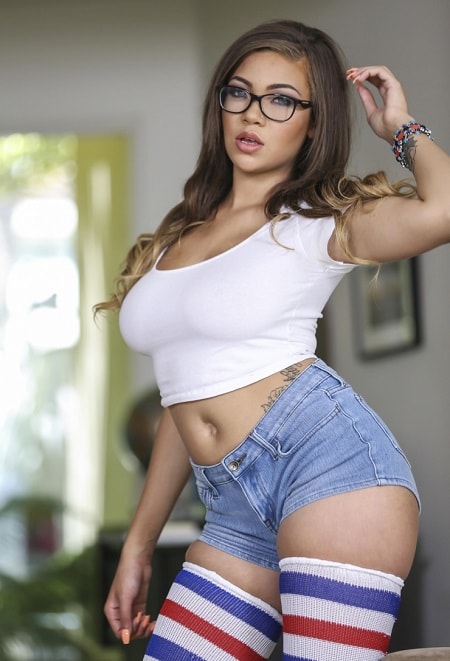 Cassidy Banks is a very promising model. Critics are certain that the girl has a great future ahead of her. The world-famous company Mofos, which has signed a contract with the young actress, is actively engaged in her promotion. The girl moved to Los Angeles to take part in the production of two movies at the same time. She doesn’t care much about what will happen tomorrow. She completely trusts her agent, who always finds great roles for her. 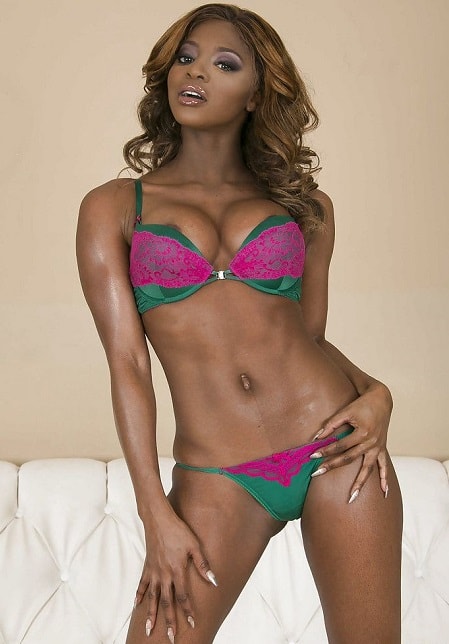 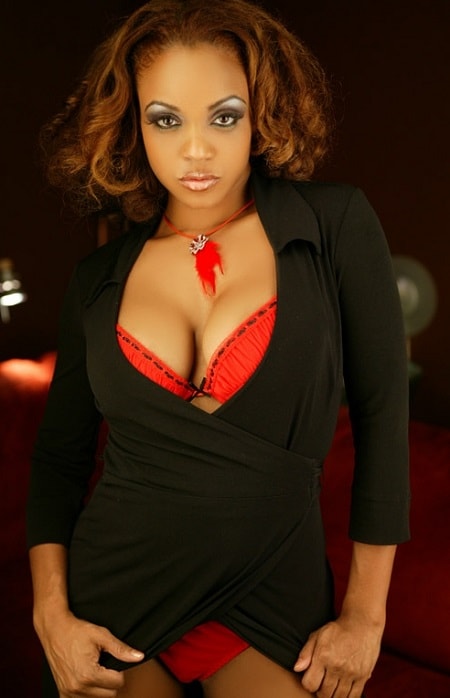 This woman was born on December 31, 1973, in Flint, Michigan. She became one of the most powerful women of the adult industry, defending protesting views on Internet censorship and the role of feminism in pornography.

At the age of 16, Sinnamon Love moved to Los Angeles, California to get a high school diploma. After graduation, she entered Santa Monica College. By the way, she met her future husband there. Now they have two children. 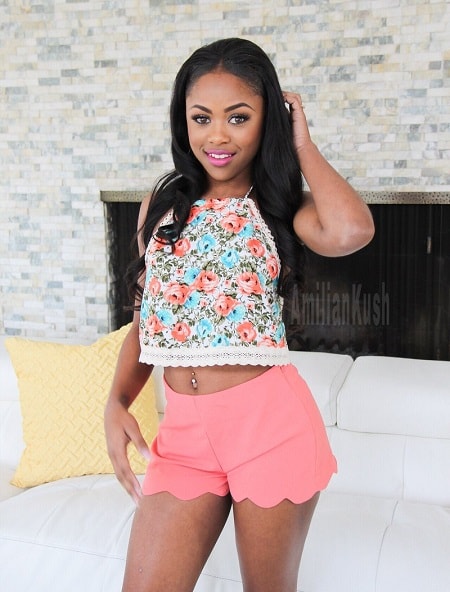 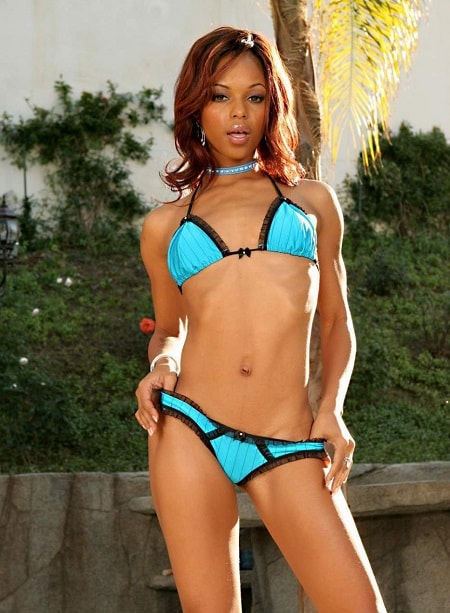 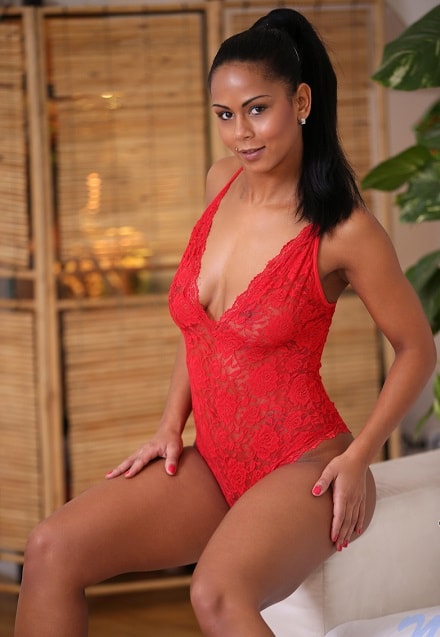 During her career, Isabella managed to collaborate with such studios as VirtuaGirl HD, Tainster, We Like to Suck, and 21Sextury. And at the moment Isabella’s career is actively continuing, which means that we can expect new films and photo sessions with her participation.